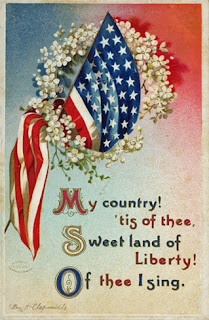 May 1, 2018, I departed Seattle on a morning flight to San Diego where I boarded Holland America's Zaandam for a short 5-day coastal cruise up the West Coast to Vancouver BC. This is a fun way to get out on the water and take in the full cruising experience for a few days at an economical price. As usual I took a lot of pictures and have selected a few to share here on the blog. The first pic below was snapped after a very smooth boarding, dropping the bags in the stateroom, and starting a tour of the ship. The photo is looking from the Promenade Deck of the ship toward downtown San Diego. The Cruise Terminal is off to the left and, on the other side of that, another Holland ship, the Nieuw Amsterdam.


In the video below, join me for the passage under the Golden Gate Bridge. I fast-forwarded part of it so it won't take so long to watch. This was early in the morning and I was one of the few passengers out to watch along with several of the crew who seemed to want to get a selfie to send home.


In the video below we're getting close to the Cruise Ship Terminal and the Captain has requested a tug to provide additional control for speed and positioning of the ship. Big ships don't stop quickly and are sometimes difficult to maneuver. This particular tug was named Tractor Tug. The picture below the video shows the connection between the tug and ship.

The photo above captured my first time to see a "Barrier Transfer Machine." Have you ever seen one? Known as the Zipper, it moves the roadway barrier so lanes of traffic can be configured to accomodate the differences in morning and afternoon commutes. It is pretty fascinating to see it in operation. There are 6 lanes for traffic on the bridge. In the photo 4 lanes for inbound to the city traffic are being set back to 3 lanes. Later in the afternoon the Zipper will narrow that down to 2 which allows 4 lanes of outbound traffic. Read more about it in Wikipedia.

This weekend the theme at Postcards for the Weekend is "Festivals." California welcomed the World to San Francisco in 1915 for a festival known as the Pan Pacific Exposition. Here are three old postcards, from my collection, celebrating the event. Note the 2nd and 3rd cards feature the Palace of Fine Arts, which is still in existence, and shown in my photo above as we approached San Francisco.

"The Panama–Pacific International Exposition was a world's fair held in San Francisco, California, U.S., from February 20 to December 4, 1915. Its stated purpose was to celebrate the completion of the Panama Canal, but it was widely seen in the city as an opportunity to showcase its recovery from the 1906 earthquake. The fair was constructed on a 635 acre (2.6 km2) site along the northern shore, between the Presidio and Fort Mason, now known as the Marina District." Wikipedia

As usual, a few photos of ships coming and going here in Seattle ...

Photos below show all 3 of the cruise ships arriving in Seattle this morning. They will disembark passengers and resupply the ship with fuel and food. Later, in the afternoon, they will embark with mostly new passengers on cruises to Alaska. The whole process is a tremendous boost to the economy in the Seattle area. According to an article in the Seattle Times, the Port of Seattle projects more than 1.1 million cruise passengers this year.

From my location the sun is nearing the northern end of its journey along the western horizon. Solstice is just a few weeks away. On May 20th, date of the photo below, daylight in Seattle was 15 hours 21 minutes. On June 21st, summer solstice, 15 hours 59 minutes. Latest sunset in Seattle, June 25th, 9:11 PM. Thereafter, sunsets are earlier and length of daylight begins to shorten.

To see more sky photos, check out Skywatch Friday, and thanks to Yogi for hosting!

Since our post of Sunday, April 27th, perhaps you have been following the fascinating Clipper Race Around the World.. The West Coast Leg of the race is complete and the sailboats are now nearing Panama City, Panama, and will soon be transiting the Panama Canal. Just in the last few days the Race released the video below of an extraordinary whale encounter. I think this addition to the post will qualify us to link up with Eileen's excellent meme, Saturday's Critters. Check it out. Thanks, Eileen for hosting!