To all Friends and Followers,


Thank you for your visits to John's Island in 2016! It has been a pleasure sharing all and receiving your comments in return. Wishing you the best in 2017 and hope to see you again soon at John's Island.

Around the world it takes 26 hours for the New Year to encompass all time zones. There are actually 39 different time zones. We're posting this at 6 AM December 31 in Seattle and it is already Jan 1st in New Zealand and parts of Australia.

Check out more old postcards at Maria's Postcards for the Weekend where the theme this week is Time/Clock. Thanks, Maria, for hosting.

If you like the birds on our postcard, and other critters, be sure to check out Eileen's Saturday's Critters. Thanks, Eileen, for hosting.
at December 31, 2016 20 comments:

Looking back 100 years with our collection ...

Technical note regarding color:  The photos in the brochure are entirely black and white. However, the framing around the pages and the artwork on most pages is a light tan color properly reproduced in the two images above and the one below. After that, the scanner sometimes reproduced the entire page in black and white despite the colors. There is a setting in the scanner to force color, but as you can see, it was not selected. Since we're not an "official museum" site we decided to let it go this time.

"In the year 1792, Captain George Vancouver, of the British Admiralty, thoroughly explored the waters of Puget Sound and named the islands therein and the adjoining headlands, bays, points, and mountains. Although by the treaty of 1846 this region -- most of it-- became undisputed United States territory, to this day nearly all of Vancouver's names are accepted as the proper ones, so well and accurately did he do his work. … In attaching names to the points of this region Vancouver well remembered his friends. Puget's Sound was so named after one of his Lieutenants, Peter Puget, and Mount Baker after another. Hood's Canal, a long, narrow, rather sinuous arm leading southwestward from near the head of Admiralty Inlet, was named in honor of Lord Hood, as was also Mount Hood in Oregon. Whidbey's Island was also named for one of his officers, and Mount Rainier was so called after Rear Admiral Rainier of the English navy." Copied from this brochure!
"Although there is some disagreement as to when a mature forest becomes an old-growth forest, an age of 250 to 350 years is often cited. Many factors, including soil conditions and other site qualities, determine the age at which a forest will take on the structural qualities of true old-growth. In Mount Rainier National Park, the vast majority of the forest easily falls into this old-growth category with some stands estimated to be 1,000 years old." ... National Park Service website.

Our post on Seattle's Smith Tower, published February 9, 2015, can be found here.  "Smith Tower is a skyscraper in Pioneer Square in Seattle, Washington. Completed in 1914, the 38-story, 484 ft (148 m) tower is the oldest skyscraper in the city and was the tallest office building west of the Mississippi River until the Kansas City Power & Light Building was built in 1931. It remained the tallest building on the West Coast until the Space Needle overtook it in 1962." Wikipedia

Recent information about Mt Rainier Glaciers can be found here.


Please excuse us ... our curiosity often leads us to research current information on some of these classic old places. And here we go again ... Does climbing Mt Rainier hold any interest to you? If yes, thanks to YouTube, we can get an idea of what it's like ... and, no, this isn't John doing the climbing! :-) [The video, published by h brownton, on July 10, 2015, is about 25 minutes in length.]

Closing thought ...
Age is an issue of mind over matter. If you don't mind, it doesn't matter.
Mark Twain

Today's post features a little pamphlet published by the Great Northern Railroad in 1929. The "mascot" of the railroad was the Mountain Goat so they called this publication The Great Northern Goat. The GN was the transcontinental road that served Glacier National Park in the days when most long-distance tourist travel was on trains. The motivation to publish the Goat was simply to spark interest in travel, hopefully resulting in the railroad selling you a tour to Glacier National Park and/or the Pacific Northwest USA. We scanned the full brochure for you but don't expect you to be able to read all of it ...  hope you'll enjoy the pictures. 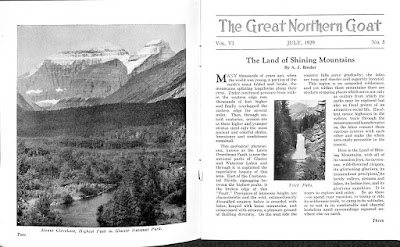 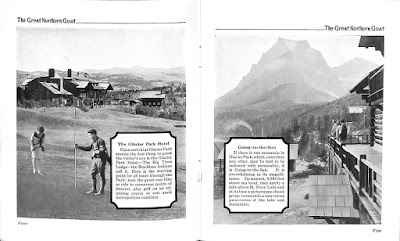 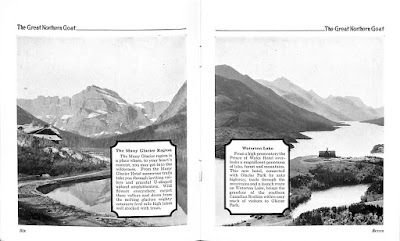 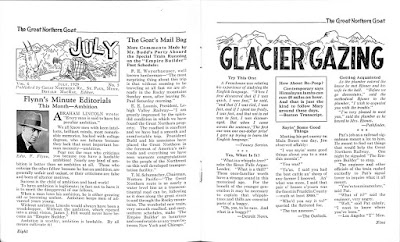 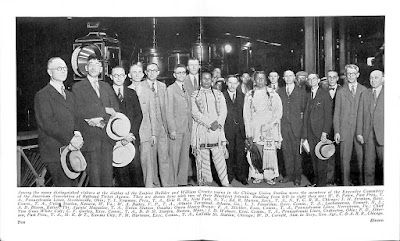 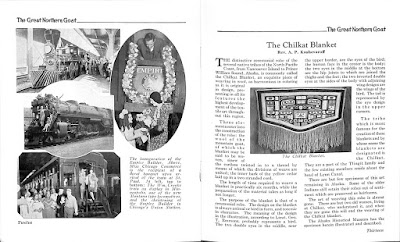 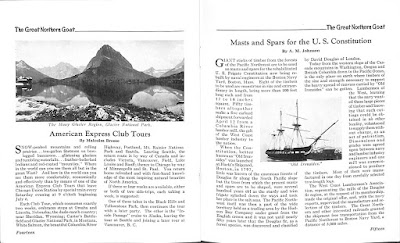 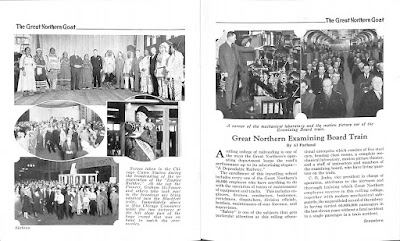 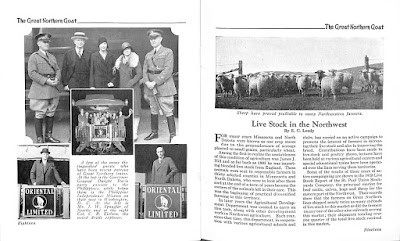 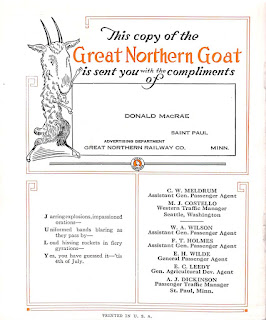 Most of the early Western Railroads had some sort of mascot. Railroad collectors love to find memorabilia related to the mascots. Here is one in our collection ... The Great Northern's Mountain Goat ... 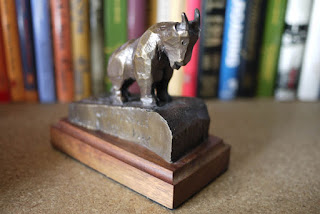 Closing thought ...
All generalizations are false, including this one.
Mark Twain
at December 26, 2016 3 comments:

Recent Snaps I titled my last post Standoff in the Wild West . That one was between a bunny and a crow. This one is two bunnies! This one on... 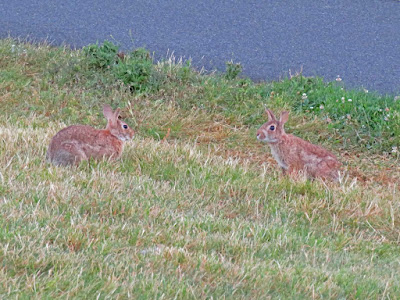