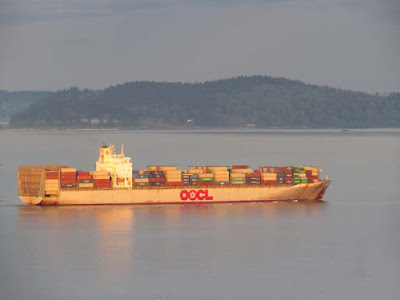 For you new visitors to John's Island here is the story ... I love watching ships, mostly big ships, come and go here in Seattle, where the view from home gives me a pretty good spot to watch and snap a few pictures of the maritime activity. In this post I'm including a bunch of photos I've taken over the past few weeks. 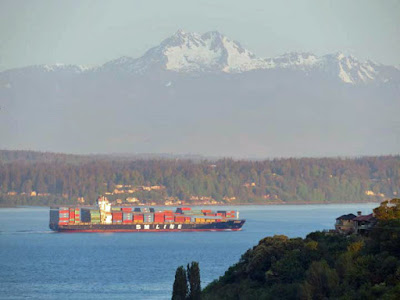 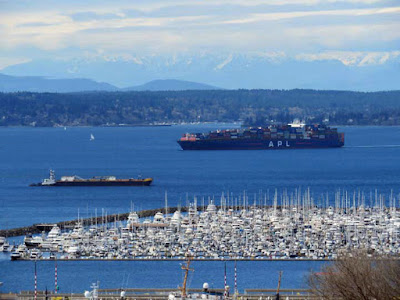 In the photo above, note the fuel barge, with attending tug, in the middle left. This is a new fascination for me. These fuel barges have been anchoring right beyond Elliott Bay Marina. Some days there have been 3 combinations (barge and tug) and other days just one. As one leaves another takes it place and may be anchored for several days at a time. Over several years I haven't seen this until the last few weeks. I have a hunch that it has something to do with the current global oil glut. Storage space for oil has been almost maxed out. So, perhaps they are filling up the barges and then placing them down here by the port of Seattle for ready access to the big freighter ships as need requires. The oil supply depot is north of Seattle. One of the things that fascinates me about this is the crew on the tug will be there for days at a time without pulling anchor and moving. So they must have to find activities to fend off the boredom just like those of us here in the city while on "stay home" orders. 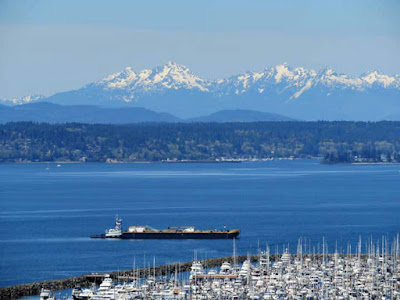 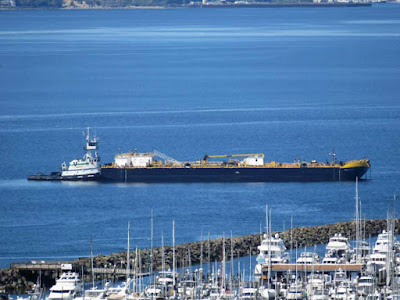 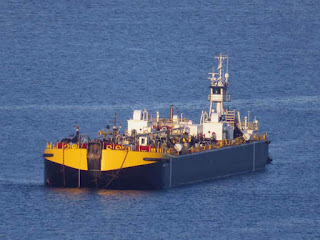 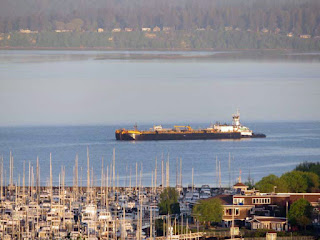 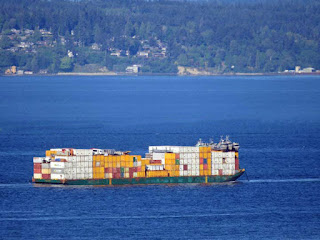 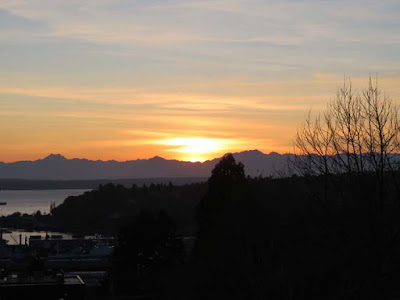 I decided to entitle this post "Steady As She Goes" since that is exactly what's been happening here at my place since about the end of February when our Washington Governor declaired a State of Emergency. On February 29th the first death (known at that time) from Covid-19 occurred here in Washington.

Without doubt, the last two months have been the most unusual in my life time, in several ways. Fortunately, we, here in Washington, adopted procedures to stay safe from the virus well before the Misleader At The Top was saying Covid-19 would miraclously go away in a few days. For USA that was about 80,000 deaths ago.

During this time I haven't been in the mood to post much here on the blog. I've been reading a lot. The best book I've read was Endurance, by Alfred Lansing, which even has a maritime element to it. Briefly: In August 1914, polar explorer Ernest Shackleton boarded the Endurance and set sail for Antarctica, where he planned to cross the last uncharted continent on foot. In January 1915, after battling its way through a thousand miles of pack ice and only a day's sail short of its destination, the Endurance became locked in an island of ice.Thus began the legendary ordeal of Shackleton and his crew of twenty-seven men. When their ship was finally crushed between two ice floes, they attempted a near-impossible journey over 850 miles of the South Atlantic's heaviest seas to the closest outpost of civilization.

I've also been working on a couple of 1000-piece jigsaw puzzles. I have listened to a bunch of podcasts. My favorite podcast is The Daily from the New York Times. And, as you can see, when the time is right I've been getting out on my deck to snap pictures.

Now, if you are still reading this, you are amazing! Anyway, here is my request if you are considering leaving a comment. Do tell me how you've been doing and how you are getting along during the Covid Crisis. Here's wishing all of you wellness and safety! Thanks for stopping by John's Island.
at May 10, 2020 27 comments: