Postcards for the Weekend #30

For Maria's Postcards for the Weekend we have chosen to share our card from New Zealand featuring Mitre Peak, Milford Sound. The theme for this weekend is a card "from a country you would want to live in if you have the chance/choice." If you enjoy postcards be sure to check out the link. Thanks to Maria for hosting. 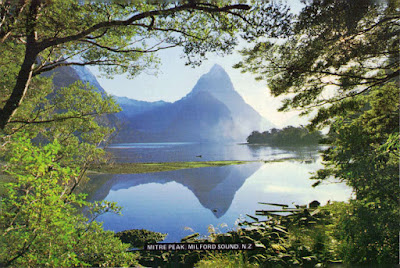 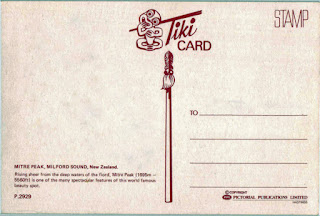 (For first time visitors, we like to include something "maritime" in our posts as we are located near the waters of Puget Sound, Washington.)


Closing thought ...
After the game, the king and pawn go into the same box.
Italian Proverb

1.  From Our Collection of Vintage Memorabilia
A booklet published in 1911 ...

The theme for this week’s Postcards for the Weekend is a card "from a country you wish to visit." It is surprising how much fun we’ve had with these themes, going through our collection of old postcards to find cards that fit to share here on the blog. Since we hope to visit Germany one of these days we settled on this week’s card, from Bremen, which resulted in research into another of our interest areas: ocean shipping. Today’s card was probably published around the late 1800s or early 1900s. The card was issued by a German shipping company, Norddeutscher Lloyd. (Roughly translated that’s North German Shipping. In the mid 1800s the word “Lloyd” became common for referring to shipping companies.) The image on the front of the card shows the cross-Atlantic shipping lanes for Norddeutscher Lloyd (NDL)  from Europe to North and South America. As you can see from the image those were the days when steam ruled!

Further researching the image we found the artwork to be by German artist, Karl von Eckenbrecher (1842—1921). You can purchase posters of the art on this card. For example, Kmart offers it on canvas, 18 x 24 inches, ready to hang, and it is colorful! See below. We'll stick with our postcard! :-) 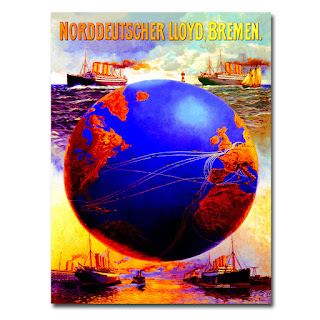 NDL was founded by German merchants Hermann Meier and Eduard Crüsemann on 20 February 1857. By 1890, with 66 ships, NDL was the second largest shipping company in the world. So, although our card might have been commonplace at the time it was published, today it is fairly rare! We don’t see another like it on the WWW. How do you like it?

Enjoy more Postcards for the Weekend and thanks to Maria for hosting!

3. Curiosity of the Week

While surfing the web this past week we stumbled upon the photo below.


Have you seen the new building in New York City called "The Pencil"? It's the super tall building in the photo, 432 Park Avenue.

At a height of 1,396 ft (425.5 m) it is more than twice the height of Seattle's Space Needle at 605 ft (184 m). It features 104 condominium apartments. Construction began in 2012 and was completed on December 23, 2015. Per Wikipedia, it is the third tallest building in the United States, and the tallest residential building in the world. It is the second tallest building in New York City, behind One World Trade Center, and ahead of the Empire State Building.

Our curiosity lead us to the Official Website 432 Park Avenue.  The pictures of the views are fascinating and it's interesting to see what asking prices are for available units ... yes, there are a few! The top-floor resident of 432 Park who makes one daily round-trip will log about 178 elevator miles in a year. The elevators are super fast and make the trip in just under one minute. If you find skyscrapers interesting there is more info on this building at Skyscraper Center.

(For first time visitors, we like to include something "maritime" in our posts as we are located near the waters of Puget Sound, Washington.) Three recent spottings below.  We know bulk carriers are not necessarily pretty, but we're seeing lots of them and that's a good sign for the economy.


Closing thought ...
Consider how hard it is to change yourself and you'll understand what little chance you have of trying to change others.
Jacob M. Braude

This week's theme for Postcards for the Weekend is "from a country you have visited or a favorite place in your country that you have visited." Really like this theme as it gives us a chance to share a few postcards from our favorite place in the USA, Yellowstone National Park. Here are a few cards from our collection that are not too common, and a couple of favorites that are!

These "critter cards" will qualify to link up with another of our favorite memes, Saturday's Critters. Thank you, Eileen, for hosting!


Have you been to Yellowstone? Be sure to check out other blogger's postcards from their country or favorite place in their country at Postcards for the Weekend #28! Thanks to Maria for hosting!

For first time visitors, we like to include something "maritime" in our posts as we are located near the waters of Puget Sound, Washington.

If you enjoy sky photos don't miss SkyWatch Friday! and thanks to Yogi♪♪♪ for hosting! By the way, the link will take you to the "Time Change Edition" of SkyWatch so named in recognition of our switch to Daylight Saving Time on Sunday. Don't forget to set your clocks ahead TONIGHT if you're in (most of) the USA and/or Canada. 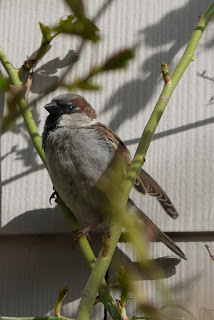 Sparrow story: Yesterday's wonderful afternoon weather made my walk especially nice. Spotted several sparrows in a shrub right along the sidewalk and next to an apartment building. It seemed possible they had selected this spot to check out for a nest. Some of them did not want to leave despite my stopping right next to the shrub. Moving slowly, got the camera out, got as close as possible and snapped this photo. Of course, it isn't perfect but we do like this little bird! How about you?