From Wikipedia, the free encyclopedia ...

"Memorial Day is a federal holiday in the United States for remembering the people who died while serving in the country's armed forces. The holiday, which is observed every year on the last Monday of May, originated as Decoration Day after the American Civil War in 1868, when the Grand Army of the Republic [GAR], an organization of Union veterans founded in Decatur, Illinois, established it as a time for the nation to decorate the graves of the war dead with flowers. By the 20th century, competing Union and Confederate holiday traditions, celebrated on different days, had merged, and Memorial Day eventually extended to honor all Americans who died while in the military service."


Back on May 13th, in our post about Mount Rainier National Park, we asked if you had a favorite National Park. Blogger Red, from Hiawatha House, commented:  How about Banff and Jasper? So, this one is for you, Red! 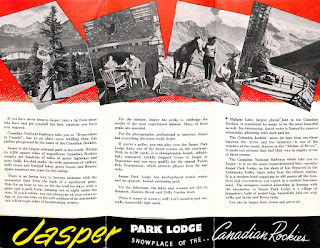 Jasper is known as the "Showplace of the Canadian Rockies" ... and it is a spectacular Park!

Note: The size of these images may not be big enough for you to read the text, but they should give you the flavor of the brochure and we hope you enjoy the photos.


Have you ever visited one of Canada's National Parks?


If you are curious about any of these vessels you can usually find lots more info on the web by Googling the name of the ship. To us, ship names are one of the most interesting parts of the maritime world. Would you ever have thought of calling your shipping company Wisdom Line?

Gate With A View - Diamond D


Snapped this photo on May 14, 2016 during a little road trip. The Diamond D Ranch has quite an interesting history. Their website is here.  Those are the Centennial Mountains in the distance. Linking up with Good Fences today ... Thanks Tex for hosting!

For our birding friends ...

"A 40-page illustrated booklet -- telling of glaciers, flowers, history, animals, and what to do and see in Mount Rainier National Park -- will be presented to each party of visitors at the following localitites:  Longmire -- Park Museum and Administration Building; Paradise Valley - Community House and Ranger Station; Yakima Park, Ohanapecosh Hot Springs, and Carbon River Entrance -- Ranger Stations." Until you could pick up that 40-page booklet this little foldout would have to do. Published in 1938 by the National Park Service. Our favorite part is the map.

If you've followed us for a while you know we love the National Parks. Our favorite is Yellowstone but Mount Rainier is closest to home. How about you ... Do you have a favorite National Park?

The two images below are Screen Captures from Twitter. The photos were taken and posted by the National Weather Service in Seattle. The auroral display, early Sunday morning, May 8th, was called one of the best in recent years. Seeing the aurora in Seattle is rare! Sadly, we slept right through it. Many thanks to those folks at NWS for sharing their photos! 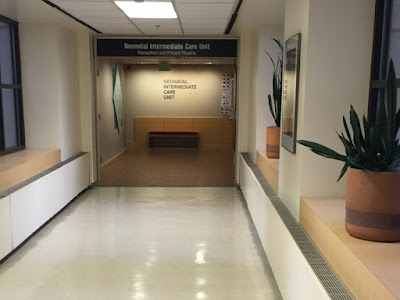 I just discovered that May 6 through 12th is National Nurses Week. The photo above is the entry way to one of the Units at Swedish Hospital, in Seattle, where little babies, mostly preemies, are cared for by nurses, doctors, and other staff, until they can go home with their parents. Most commonly, nurses have multiple babies in their care which makes it difficult to spend as much time as they would like with each baby. Research has shown the importance of human touch to little ones but often nurses cannot spare the time to simply hold a baby, to give them that human touch, for more than a few minutes. Often parents cannot be in the NICU simply because they have other children at home that must be taken care of, or even due to work or health issues. As a volunteer I am in the NICU to help by holding a little baby in my arms. I mention all this, because, over the last year or so, while I've been volunteering, I've met so many wonderful people who work in the NICU. You probably won't hear from them about National Nurses Week because, simply, they are not the kind of people who like to toot thier own horn. So, if you know any nurses, please give them a word of appreciation this week. I can't even imagine getting along in this world without them! To any nurses I know ... Thank You!

Early May in Seattle


Our photos from the first week of May ...