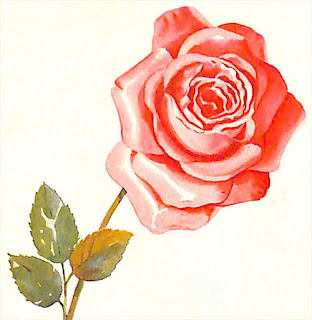 During the glory days of travel by train, the Union Pacific operated the Portland Rose between Chicago and Portland, Oregon. The Rose was equipped lavishly providing all of the on-board amenities one might expect during those times. Our feature today is a 1939 brochure describing the train. 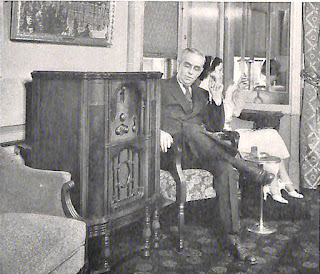 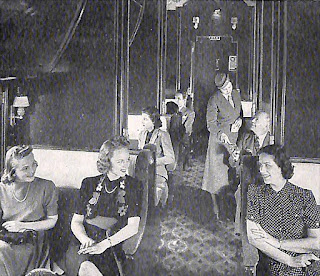 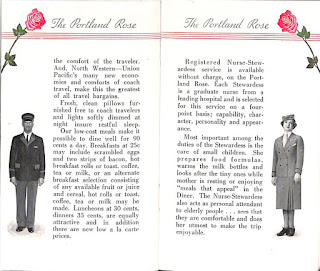 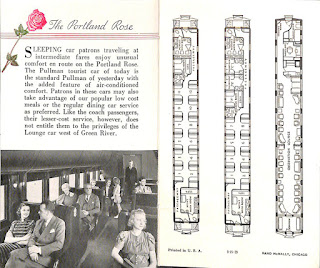 We always look forward to your comments about these old travel brochures. In the past some of you have mentioned that your experience with train travel was not all that great. Comparing modern-day passenger rail service with times before mid-twentieth century is a bit like comparing apples and oranges. Prior to 1971 passenger service in the USA was provided by private roads like the Union Pacific and the New York Central. There was not much competition from airplanes, busses, and automobiles. The private roads competed to provide the best travel experience possible. Then, after about 1950, a lot of that changed. Passenger rail service declined substantially due to competition from the other forms of travel. On May 1, 1971, AMTRAK started taking over passenger service throughout the USA. Operating passenger service profitably in today’s environment, in competition with the many other forms of transportation, is difficult due to the expenses involved with operating a railroad. In every country in the world, where train travel is still admired, there is substantial support from government funding. Here in America AMTRAK must continuously fight to get essential funding. Perhaps it is just unrealistic to expect first-class passenger train service to be a priority today, so it is still neat to go back and take a look at what things were like in the glory days.