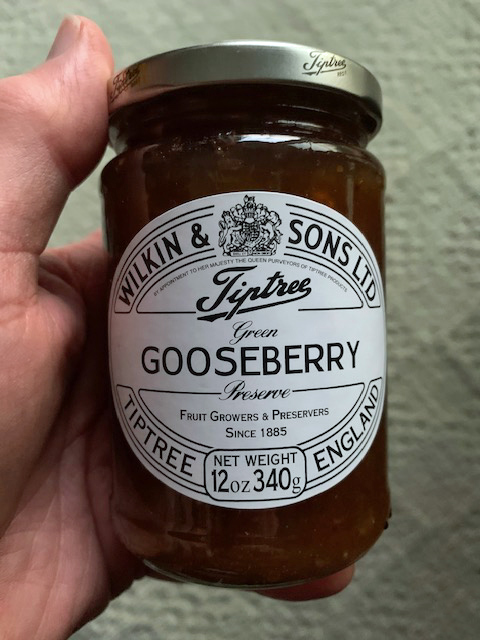 Fellow bloggers will know that one of the pleasures of blogging is discovering something entirely new and unexpected. That's exactly what happened recently when Red, of Hiawatha House blog, posted about picking gooseberries in his garden and making gooseberry jam. When I read his post I was unaware of gooseberries. As I told Red in a comment ... I've got to see if I can find some jam to give it a try. Sure enough, it's right there on Amazon. I ordered and received the 12oz bottle in the photo above. The next day, with my morning coffee, I enjoyed toast and gooseberry jam. It is delicious. It is close to my all-time favorite ... plum jam. But that's not just any plum jam ... it's the jam my grandmother made from the fruit of the plum tree in the backyard of the home where I grew up. The bottom line here is, gooseberry is a great find, and so I say thanks to Red for telling us about it. 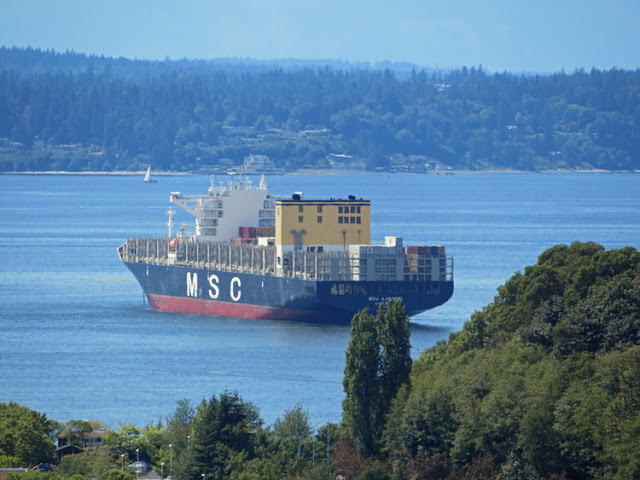 Watching the arrival of freight barges from Alaska increases my curiosity about maritime life. Early last Sunday morning I spotted the barge below as it arrived. The sun was lighting it up nicely but by the time I got the camera in hand it had made it all the way over near Alki Beach which explains the unusual perspective in the photo and the tug was already out of view. The thing that fascinates me is wondering what it's like to be the Captain on one of these voyages between Alaska and Seattle. The trip takes several days as the speed is so slow. I checked out the company website and they have a neat photo gallery. The bottom two pics are screen shots from that gallery.
Thanks for stopping by John's Island.
at August 04, 2020