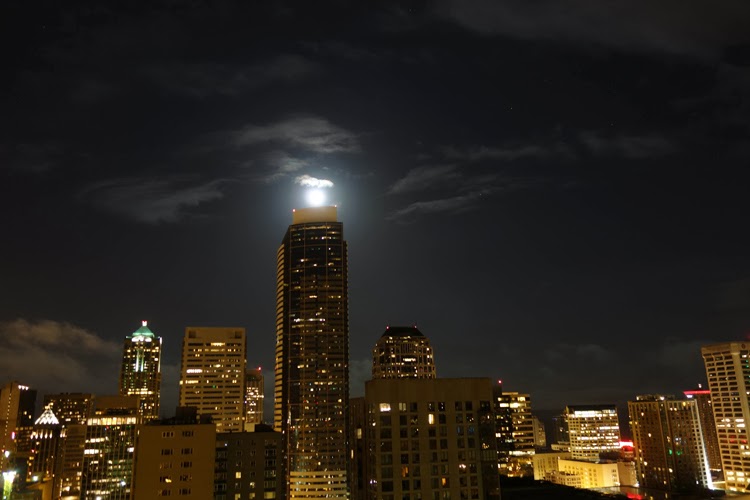 According to space.com the full "Snow" moon occurred on February 14th. It's still looking pretty full as it glides over Two Union Tower here this morning (February 16th). Full moon names date back to Native Americans, and, according to the article at the link above, the story behind Snow Moon is:  Usually the heaviest snows fall in this month.  John doesn't think too many folks from the eastern US would quible with that given recent weather.

Overnight, here in Seattle, we had heavy rains with gusty winds, but the temperature has remained fairly mild in the mid 40s (F). Some large breaks in the overcast allowed our morning photo. Today's sunrise will be about twelve minutes after seven.

Have a good Sunday. As always, thank you for stopping by John's Island.
at February 16, 2014