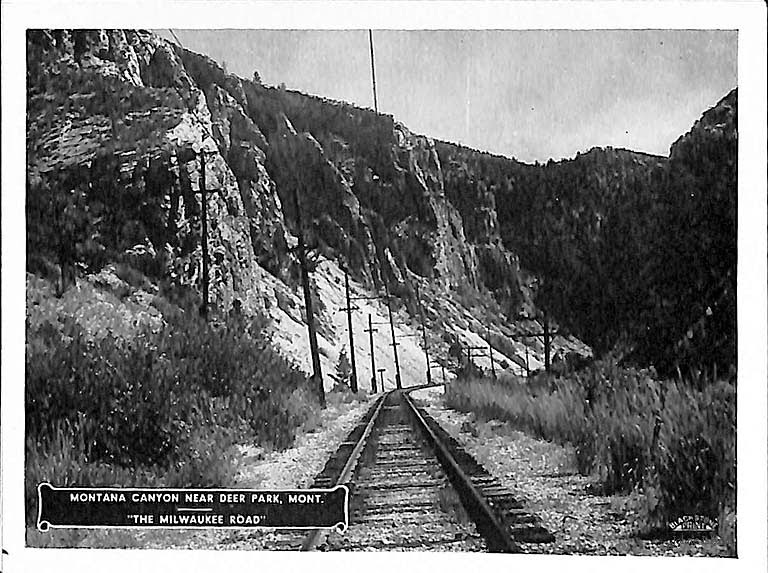 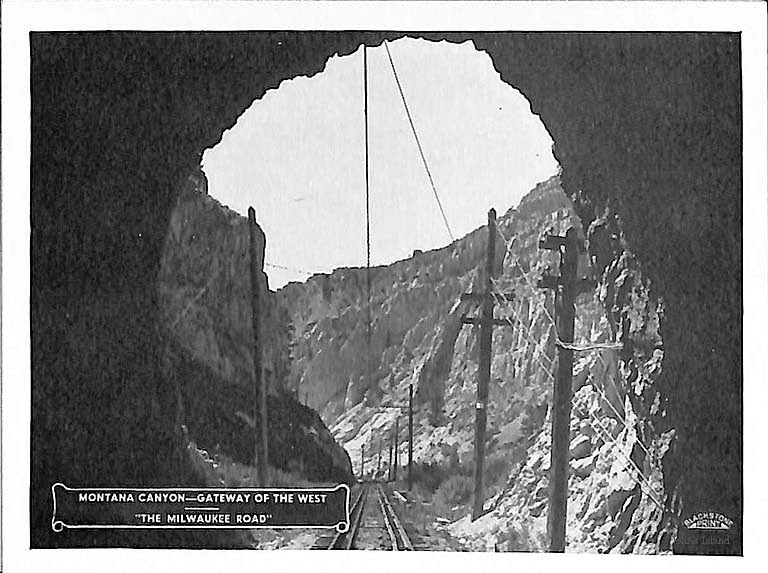 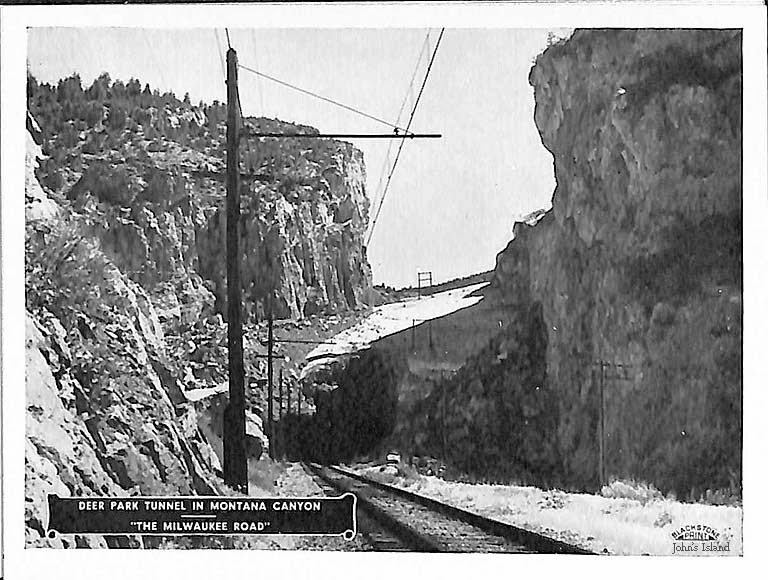 The three photos above show scenes in what the Milwaukee Road called "Montana Canyon." It is also known as Sixteen Mile Canyon. Here is what Wikipedia says about this largely unknown region ...
"Sixteen Mile Creek (also known as Sixteenmile Creek) is a tributary of the Missouri River, approximately 45 mi (73 km) long, in western Montana in the United States. The canyon through which it travels is known as "Sixteen Mile Canyon." The abandoned grade of the Chicago, Milwaukee, St. Paul and Pacific Railroad ("the Milwaukee Road") parallels the creek through the canyon; the Milwaukee Road called Sixteen Mile Canyon "Montana Canyon" in its promotional material." Now that the rail line through this area has been abandoned, and the land is in private ownership, we can only wonder about the joy of travelling through this beautiful country. 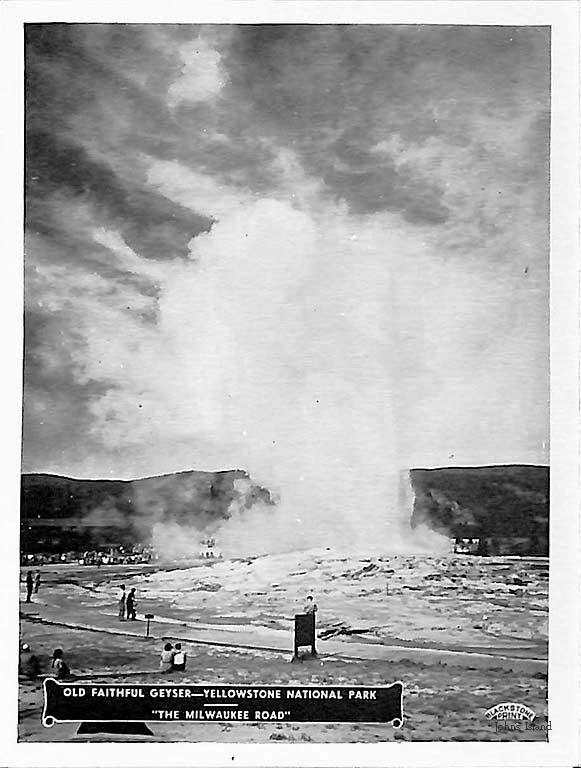 If you did not see yesterday's post, and you are curious about what all these old photos are about, please take a look. 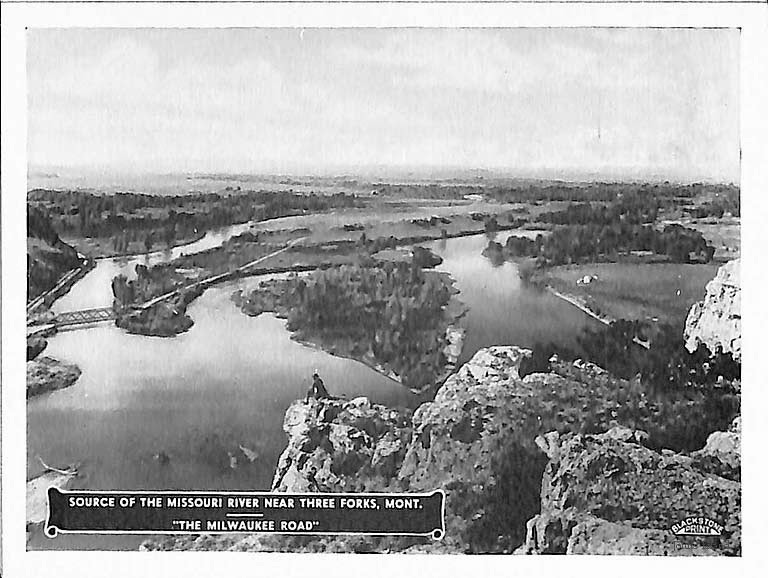 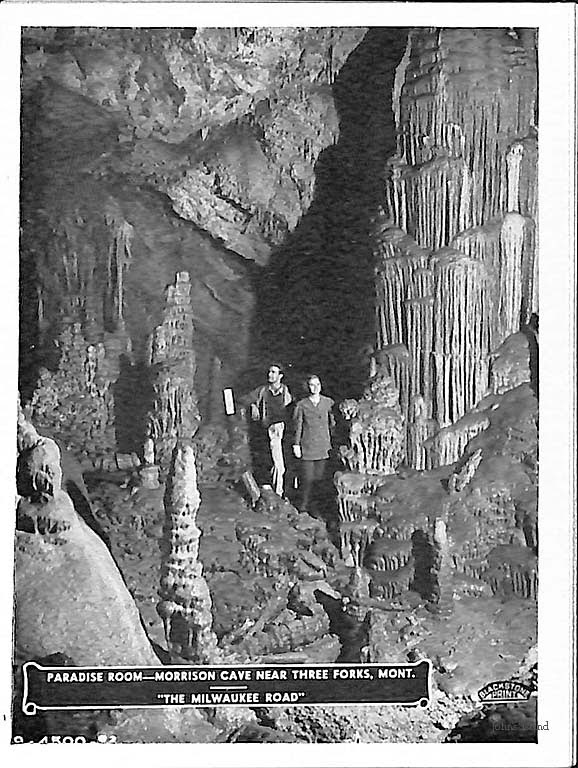 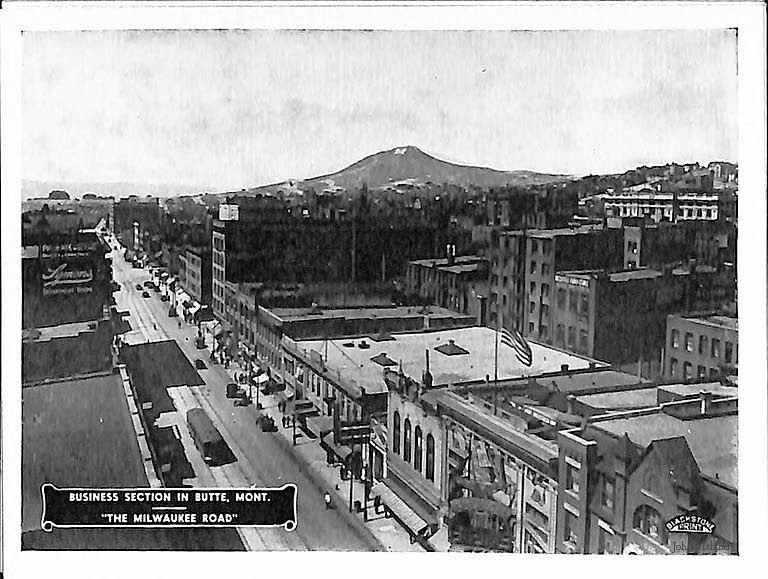 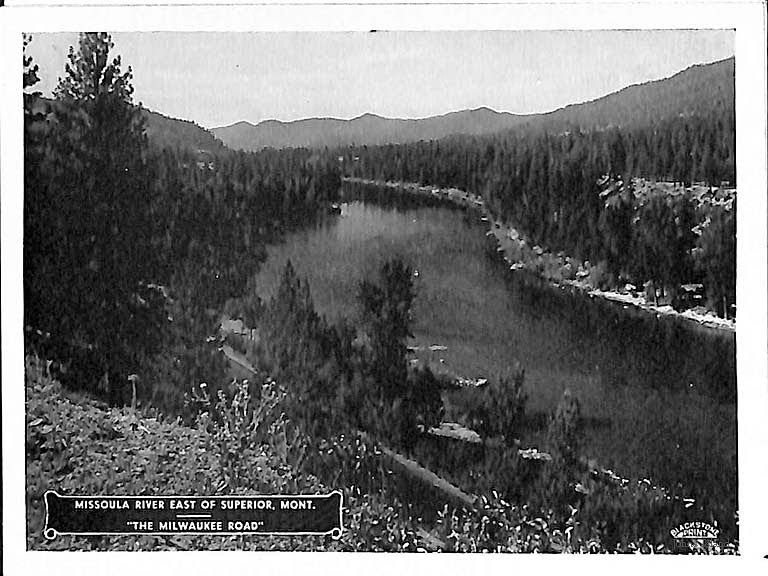 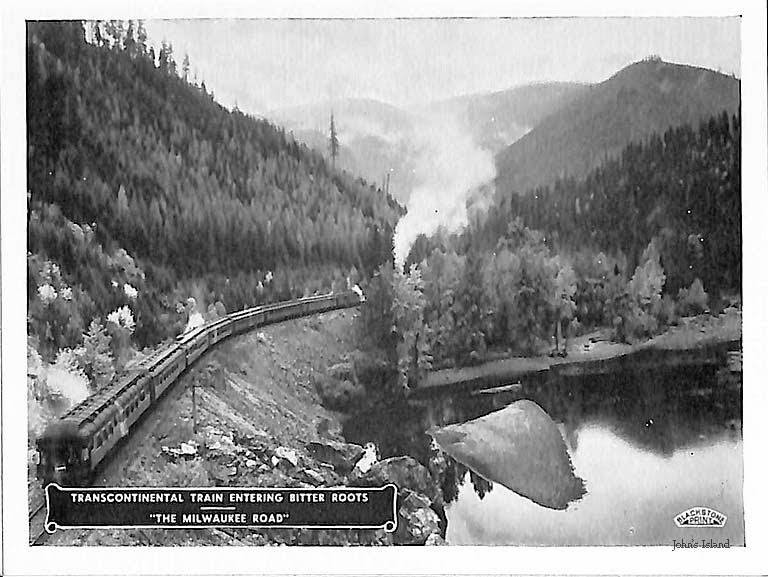 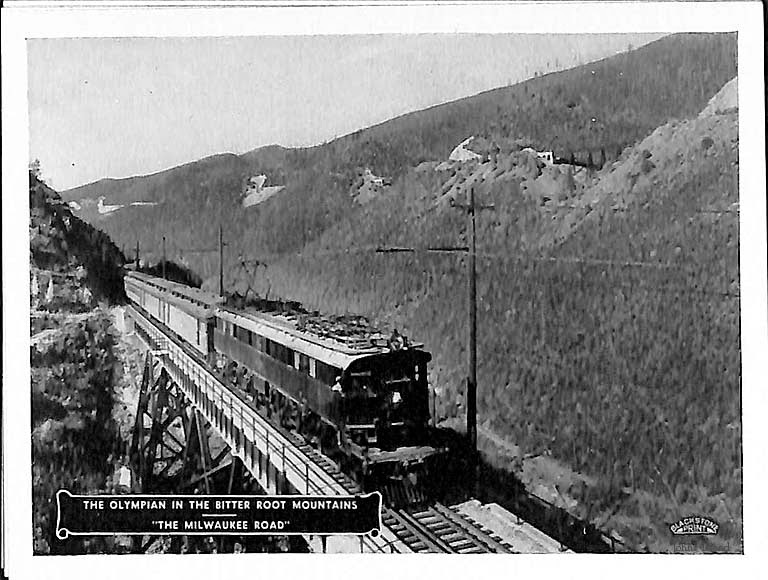 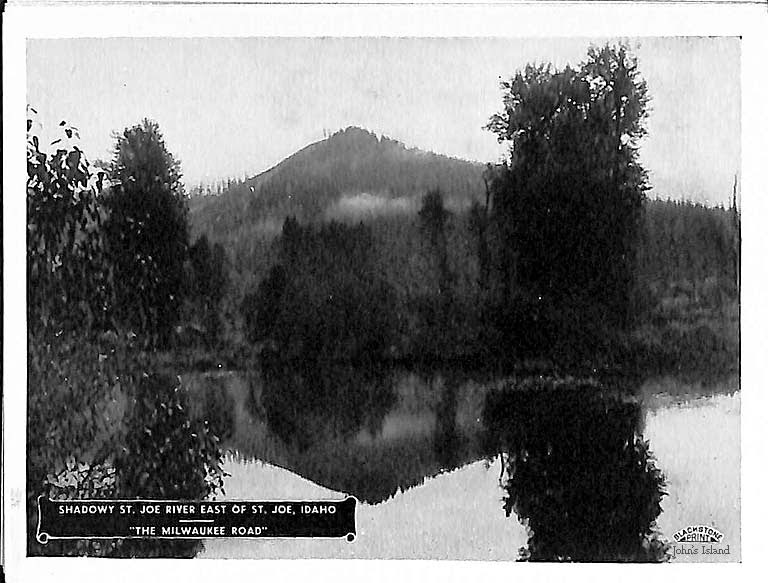 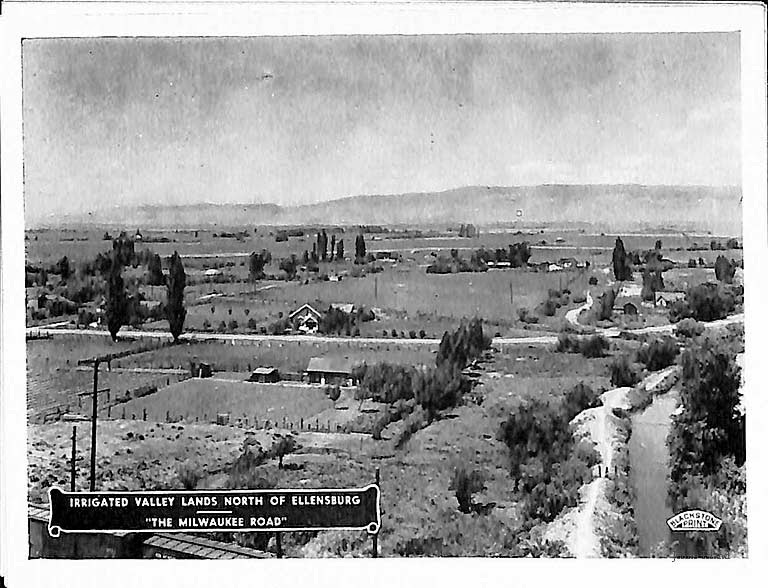 The picture below, "The Olympian in the Cascade Mountains" is one of our favorites in this set. The Milwaukee Road used electricity to power the trains through several mountainous regions along the route to the west coast. This eliminated some of the issues of other types of power of the time ... smoke, soot, noise, and maintaining steam power during the midst of frigid winters. 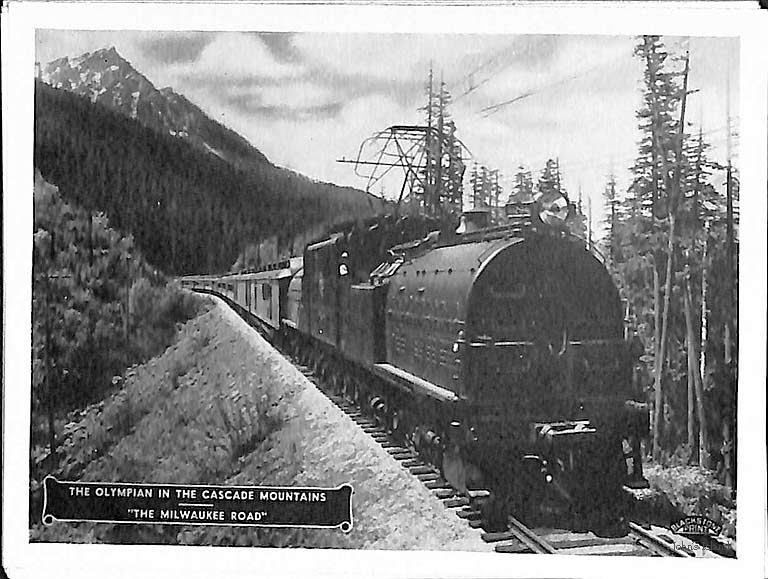 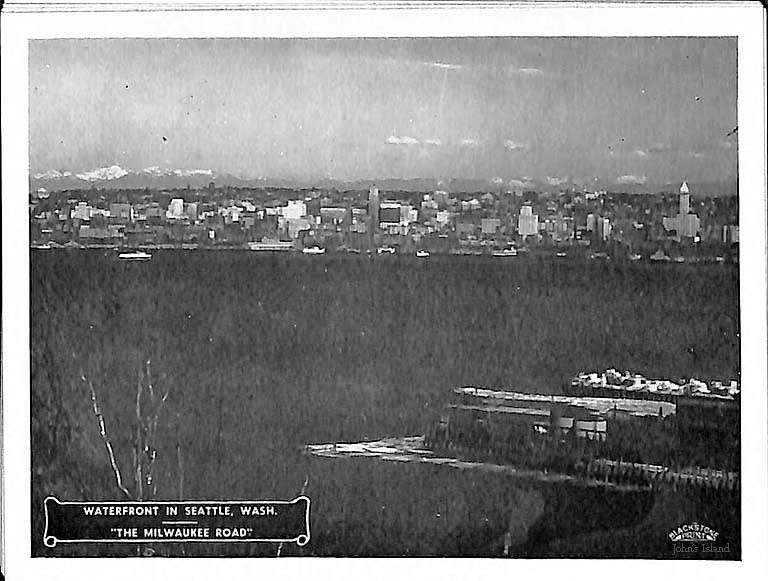 In the two photos below, Mt. Rainier is the prominent feature. Many people do not know about all the controversy related to naming this mountain. It's an interesting part of the region's history you can read about here. According to the article in Wikipedia, "It is the most topographically prominent mountain in the contiguous United States." 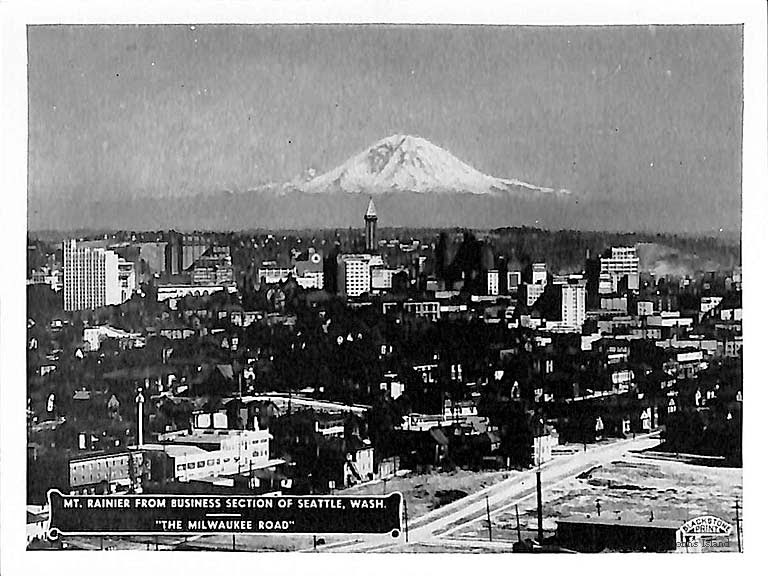 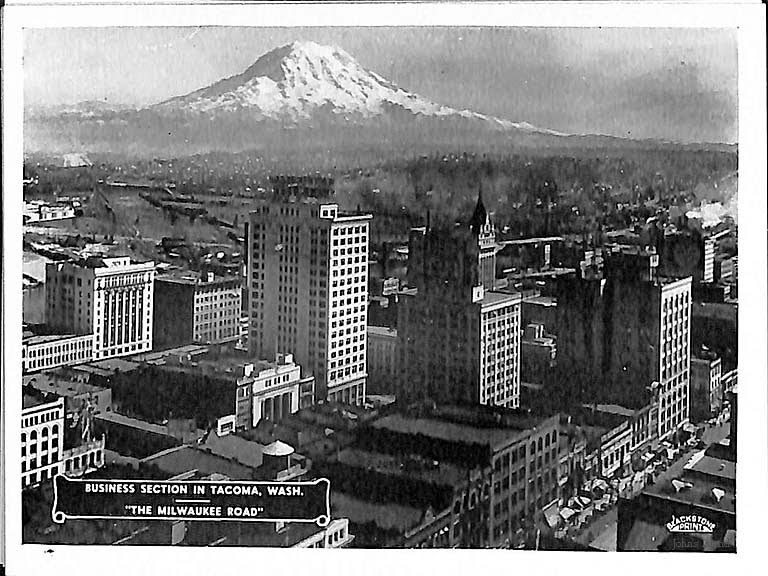 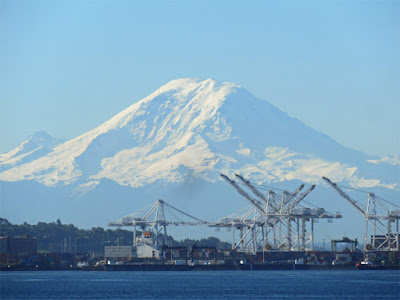