Thanks for joining us for this last segment of our voyage Seattle to Alaska and return. Three weeks ago today we were enroute to Seattle with a brief stop in Victoria, BC, Canada. We stayed aboard in Victoria but on past trips have visited the wonderful Butchart Gardens. We arrive in Seattle early tomorrow morning. We've left the clouds behind and are back into clear skies and warm temperatures.

Early Friday morning (September 12, 2014) just before dawn ... clear skies and a half moon ... the rest of today will be spent cruising south along the coast of British Columbia, entering the Strait of Juan de Fuca which separates Washington and BC, USA and Canada. With a relatively late arrival at Victoria, today is almost like a "day at sea". 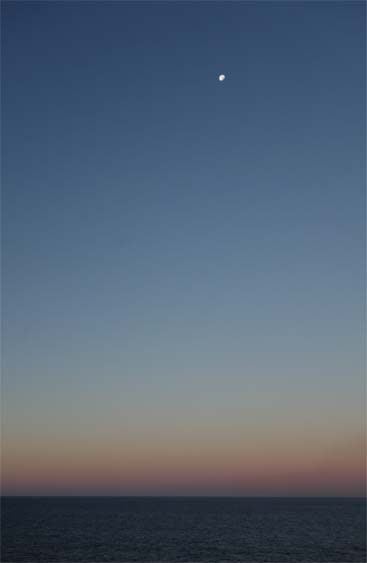 A beautiful sunny afternoon and a quiet spot to sit and relax ... just watch the ocean roll by ... if this looks boring to you, no worries, there are plenty of things to do on a cruise ship! 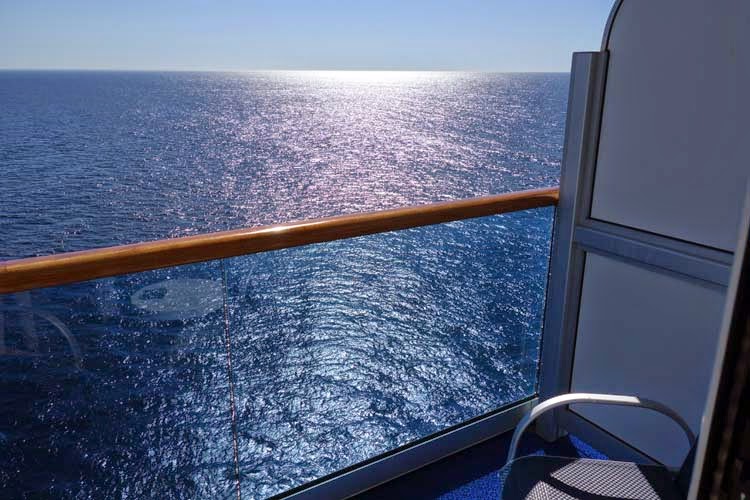 One week after setting out (Day 8 - September 13th), we are back at port in Seattle just about sunrise ... 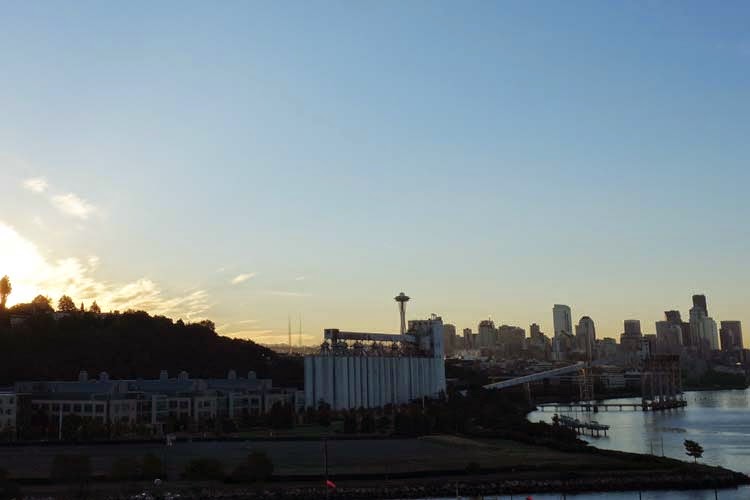 Mt Rainier reigning over Puget Sound is a welcome sight ... 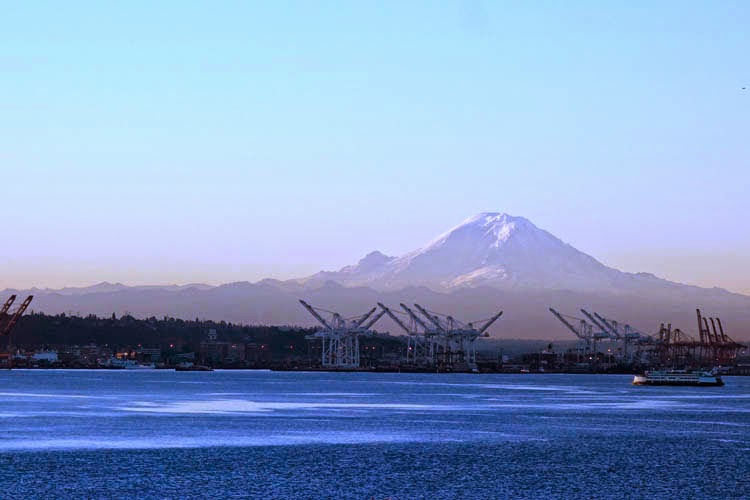 Wrap up: For those of you just stopping by for the first time in a few days ... We've been posting, for the last week or so, some photos and info about our voyage up to Alaska (September 6 - 13, 2014). For those of you who have not cruised before and want to ... now is the time to make your reservations. Cruising has never been more affordable. Check out some of the cruise line websites ... you may be surprised at the prices for a simple cruise to Alaska like we've been showing you. Making early reservations allows you to pick out the stateroom location you want. Lower fares are the interior rooms with no windows. For a person who is worried about sea conditions ... the best location on the ship is mid-ship on lower decks.

Thanks for joining us on our voyage to Alaska and for so many kind comments. We will see you again in a few days.
at October 03, 2014