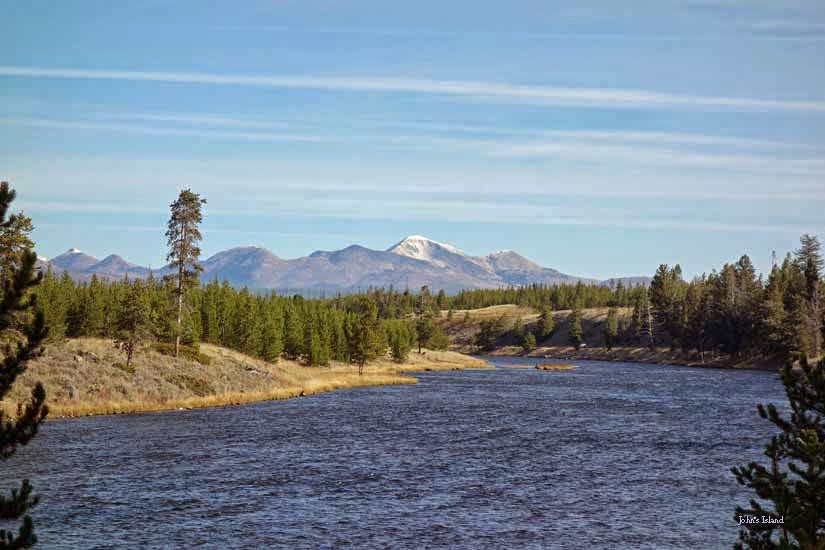 Near the center, with a fresh coat of snow, is Electric Peak. We snapped this photo on October 3, 2014, from the edge of the Madison River looking north. The location is just inside the west entrance of the Park on what is known as Riverside Drive.

"Electric Peak is the tallest mountain in the Gallatin Range of southern Montana, close to the Wyoming border and rises to an altitude of 10,969 feet (3,343 m). The peak has some of the greatest physical relief in Yellowstone National Park, rising 3,389 ft (1,033 m) above its base.

Electric Peak was named during the first ascent in 1872 by the United States Geological Survey. Members of the Hayden Survey led by Henry Gannett experienced electrical discharges from their hands and hair after a lightning event on the summit."

Stop back for a few more photos from Yellowstone over the next few days.