When you collect postcards the possibilities of which cards to add to the collection seem almost unlimited. We think a collector needs focus ... For us, it's mostly railroads, the opening up of the Western USA, and US National Parks. There are likely going to be a few cards that don't fit exactly into the main categories, like this one .... Miss Spokane 1912. 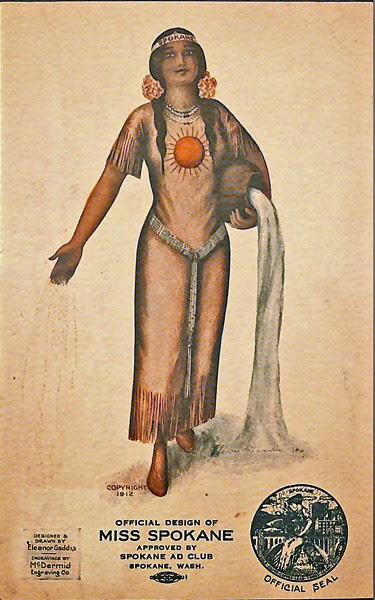 An attractive young lady for sure, tastefully attired, as drawn by Eleanor Gaddis.  We discovered more about Miss Spokane at HistoryLink.org where they tell us ... "An initial contest offering prizes for drawings and designs for the Miss Spokane symbol was officially announced in the Spokane Daily Chronicle on January 17, 1912.  On March 7, 1912, Eleanor Gaddis's sketch of a female Indian Maiden figure holding a large jug from which water cascaded was chosen the winner.  The Spokane Advertising Club immediately launched a contest to find a human female face to superimpose on Gaddis's drawing."


Check out HistoryLink.org for more on Miss Spokane. 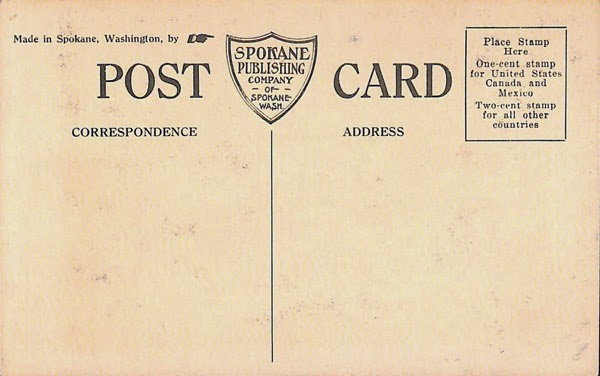 Close up of bottom front side shows design and drawn by Eleanor Gaddis and engraving by McDermid Engraving Co., Copyright 1912, Union logo for printing, and Official Seal.