Several weeks ago a loyal follower suggested we take another look at trees after fall colors are over ... so here is the "With" ... 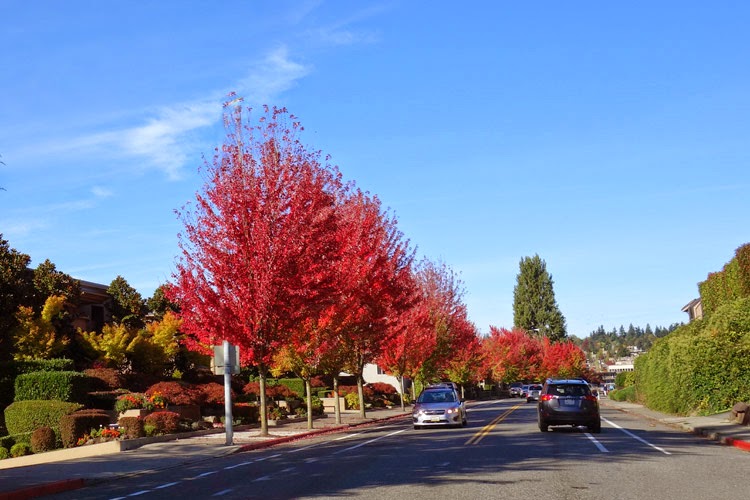 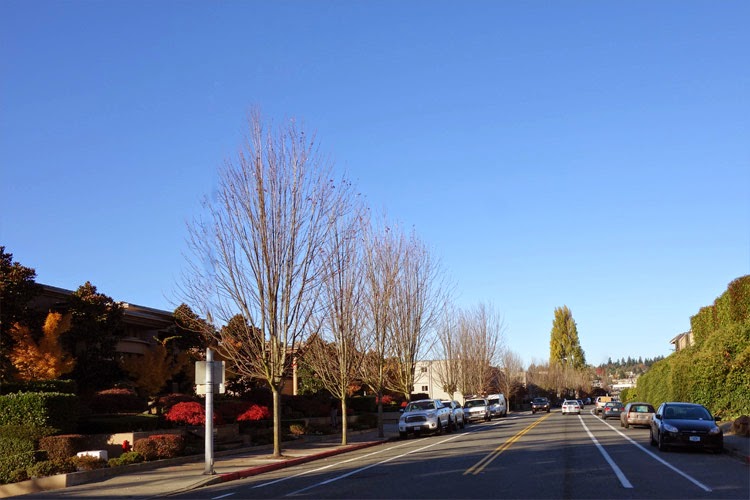 Getting these "before and after" or "then and now" pictures should be easy, right? It's not quite as simple as it seems, but it is a nice challenge!

Yesterday, we had our first snowfall for the season. The accumulation was small here in downtown ... only noticeable on roof tops and tops of cars. (Photo below) Slightly north, in Snohomish County there was quite a bit more. (Snohomish County seems appropriately named for the occasion but actually it is named after a Native American tribe.) Later in the day, winds picked up, the skies cleared, and the temps dropped. Sunny days are forecast for today through Tuesday. 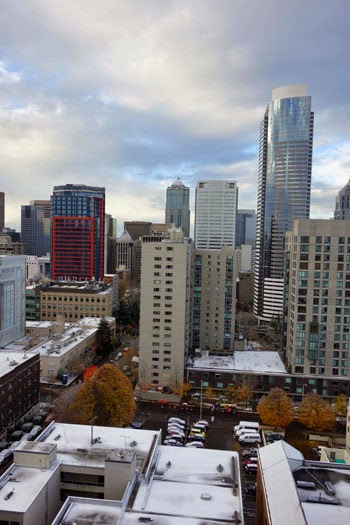 Last Wednesday, Nov. 26th, we looked out to see the interesting clouds in the photo below. Looking to the west, and a bit to the north, and considering the lighting of the clouds, this might be a scene expected around sunset, but no, this was a part of sunrise at just after 8:30 AM. This time of year the sun is about as far south as it's going to get on the eastern horizon. From our perspective it almost looked like the clouds were coming out of the top of one of the skyscrapers.