Art of Winold Reiss - Julia Wades In The Water

If you are wondering why the Native American art was featured by the railroad ... The Pacific Northwest was home to many tribes before the arrival of the white man. Politically, this is a controversial topic, even today. Since the Great Northern Railway served this part of America it makes us happy that there was appreciation of Native Americans by the railroad.  The GN, particularly, served Glacier National Park, and the Blackfeet Indian Reservation adjoins the Park. This art work was popular when it was initially introduced, remains so today, and is valued by collectors. 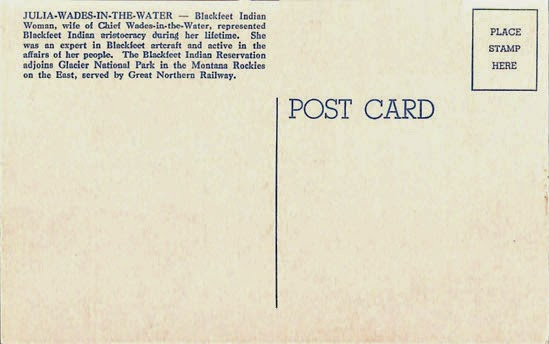 We started this series of posts featuring the art of Winold Reiss here.