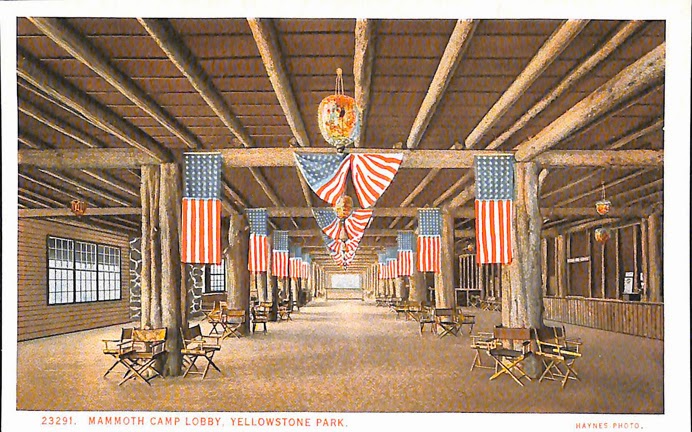 Looking through our collection of vintage postcards we found this one featuring Mammoth Camp Lobby, Yellowstone Park.  The way the Lobby is decorated we can't help but wonder if it was the 4th of July. What do you think?

We zoomed in on the photo and counted 48 stars in the version of the flag on display. Looked that up on Wiki and discovered that the 48 star US flag was in use from July 4, 1912 to July 3, 1959.  Our postcard here was published close to the beginning of that time period.  Mammoth Camp no longer exists.  The card was not posted so there are no clues there. The photo is by Haynes, the Official Photographer of YNP.  Could he have taken this picture on July 4, 1912?

John wishes all of you fellow citizens a happy Fourth of July!


Our curiosity about the first 90+ degree day in Seattle, 2014, was satisfied on Tuesday, July 1.  The official National Weather Service website shows the recorded maximum temperature at SEATAC airport at 94º F, which was a new record for the date.  So far, that’s the only day 90+ this year.
at July 04, 2014