From yesterday's post:  W. S. and A. F. Berry, Gardiner, Montana, published a set of 12 Yellowstone Flower cards in the early 1900s. W. S. Berry was well known for his photography of Yellowstone.  The set of cards were "Made in Germany".  Each card has a seal "W. S. Berry - First Award - View Class - N W P A - 1905 - Minneapolis, Minn."  Please leave us a comment if you know anything about the NWPA ... probably a Photographers or Printers Association.

Here are the second six cards, plus the envelope and one back ... the backs are all the same except for a small number in the lower right-hand corner, which must be an individual card "ID" number. (See yesterday's post for the first six cards.) 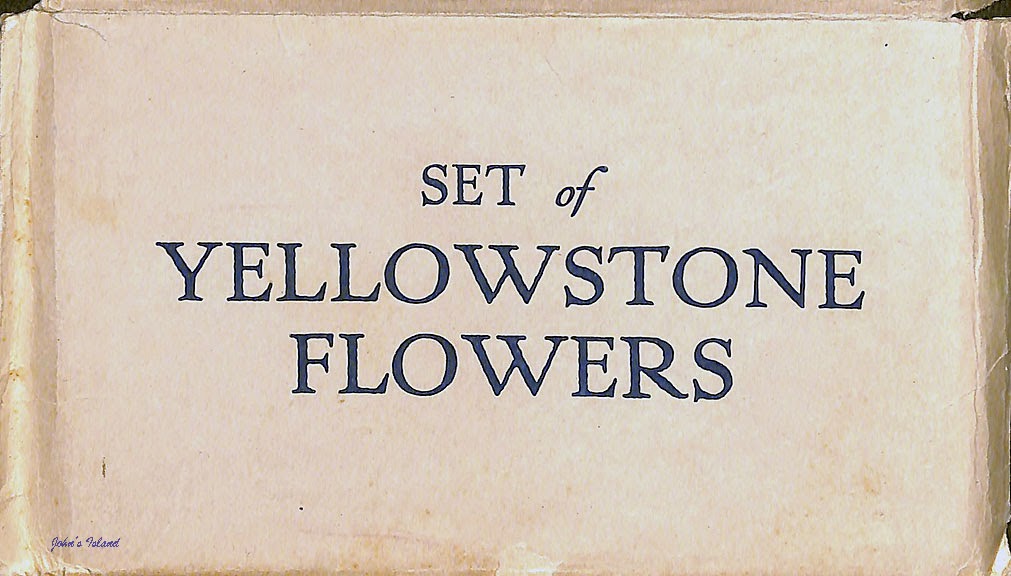 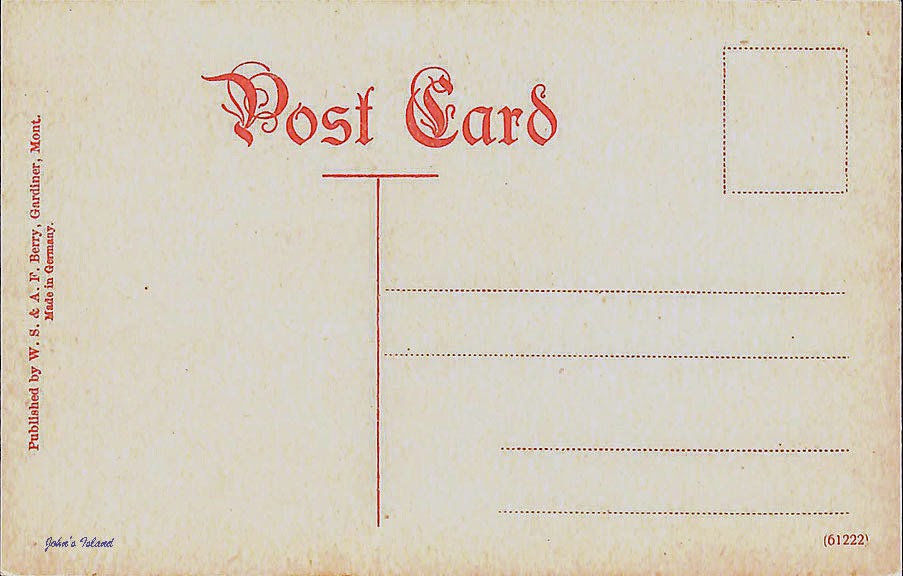 If you follow the news you've probably heard about the SuperMoon.  Possibly an over-simplification but basically it is a full moon when the moon, while orbiting the earth, is at its closest point to the earth. The appearance makes for an unusually bright full moon. This morning (Sunday, July 13, 2014) the sky was nice and clear and so we moved the scope out for photo ... 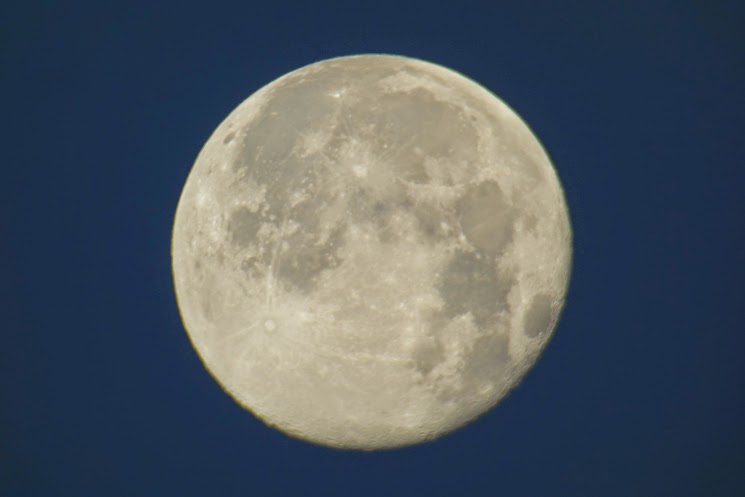 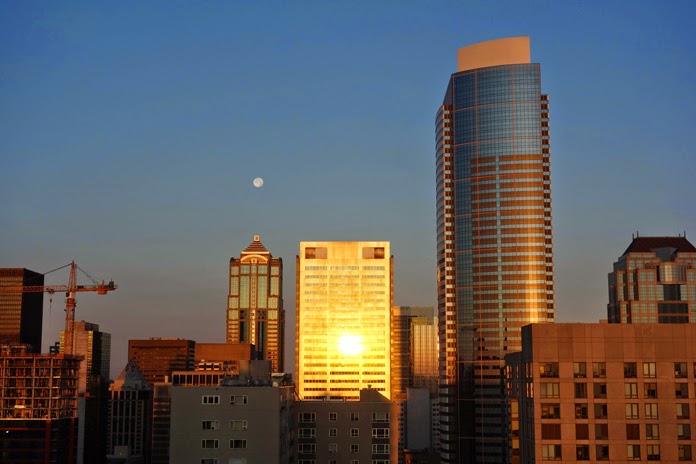 For those of you who are into detail, take a close look at the scope shot.  Looking at the lower right side of the moon you can see that it doesn't look PERFECTLY circular. That's due to the fact that the "Full" moon was actually early Friday morning.  This moon, today, is about 2 days old.

Another thing we like about the overall shot is the moon up in the western sky and the sunrise in reflection via One Union Tower.
at July 13, 2014