The grand Union Station, Washington, DC, as it appeared on a postcard mailed October 14, 1914 ... 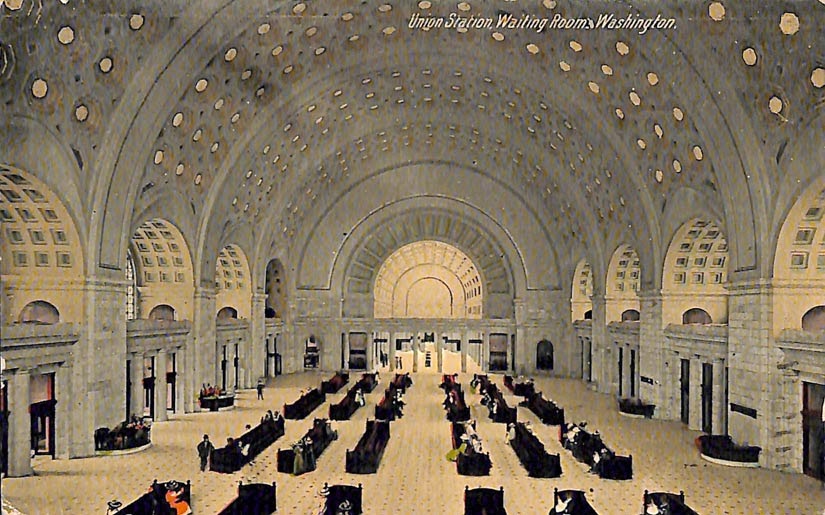 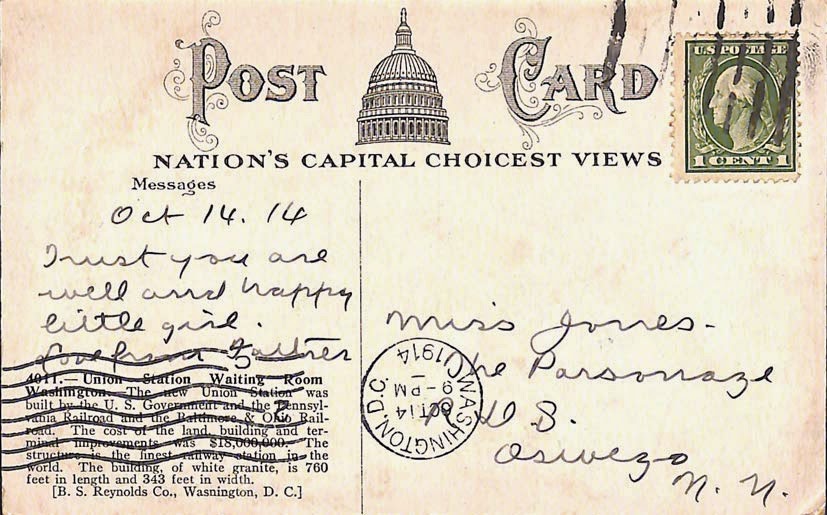 The back includes a brief message ... Trust you are well and happy little girl. Love from Father. 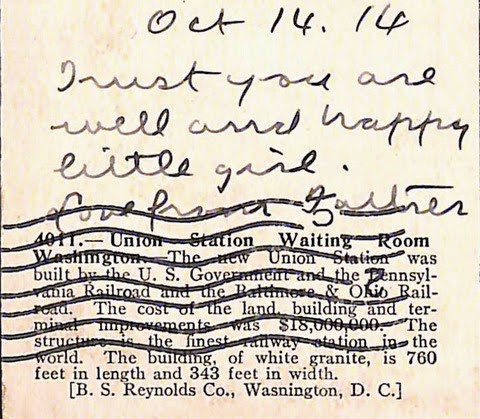 Information on the back ... Card number 4011 -- "Union Station Waiting Room Washington. The new Union Station was built by the U. S. Government and the Pennsylvania Railroad and the Baltimore & Ohio Railroad. The cost of the land, building and terminal improvements was $18,000,000. The structure is the finest railway station in the world. The building, of white granite, is 760 feet in length and 343 feet in width." Publishers: B. S. Reynolds Co., Washington, D. C.

To get a glimpse of how the same space looks today click here. Credit: District GPS --- a blog for students who intern in Washington, DC.


Since our blog is our journal, today's post would not be complete without mention of yesterday's National Football League's National Football Conference Championship game played in our home city, Seattle. In perhaps what was one of the most unusual games we have ever watched, our team, the Seahawks, with less than 3 minutes in regulation time found themselves with a 12 point deficit behind the challenging Green Bay Packers. Through what seemed like a series of miracle plays, by the time the clock ran out, ending the regulation play, the score was tied at 22. There was a coin-toss to see who would get first possession of the ball in the Overtime Period and Seattle won, and elected to receive. They then put together a drive that resulted in a touchdown and won the game 28 to 22. The Seahawks are Champions of the NFC and will, for the second year in a row, go to the Superbowl. Edition 49 of the world championship game will be played at University of Phoenix Stadium, Glendale, Arizona, on Sunday, February 1, at 3:30 PM on NBC. Go Hawks!
Thank you for stopping by John's Island.
at January 19, 2015