From our collection, a postcard mailed in 1941 showing the locations of Santa Fe Hotels and Dining Stations under management of Fred Harvey. These cards could be purchased at Dining Stations along the railway and mailed home. By marking the red circle you could show family or friends your location. This particular card was mailed in Winslow, Arizona, which does have a red circle on the map, but the sender did not mark it. 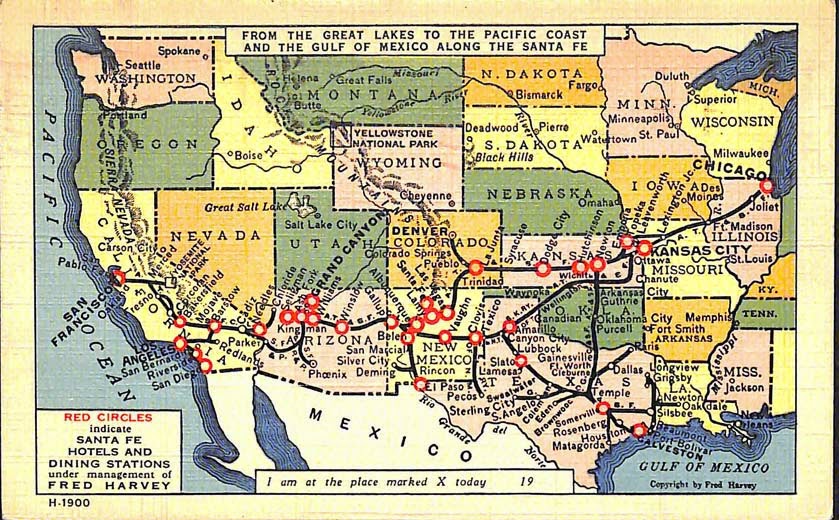 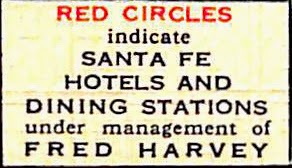 The following is from Wikikpedia ...

The Fred Harvey Company was the owner of the Harvey House chain of restaurants, hotels, and other hospitality industry businesses alongside railroads in the western United States. The company traces its origins to the 1875 opening of two railroad eating houses located at Wallace, Kansas and Hugo, Colorado on the Kansas Pacific Railway. These cafés were opened by Fred Harvey, then a freight agent for the Chicago, Burlington & Quincy Railroad. The café operation ended within a year, but Harvey had been convinced of the potential profits from providing a high quality food and service at railroad eating houses. His longtime employer, the Burlington Railroad, declined his offer of establishing a system-wide eating house operation at all railroad meal stops, but the Atchison, Topeka & Santa Fe Railway (AT&SF) subsequently contracted with Harvey for several eating houses on an experimental basis.

In 1878, Harvey started the first of his eating house-hotel establishments along the AT&SF tracks in Florence, Kansas. The rapid growth of the Harvey House chain soon followed. 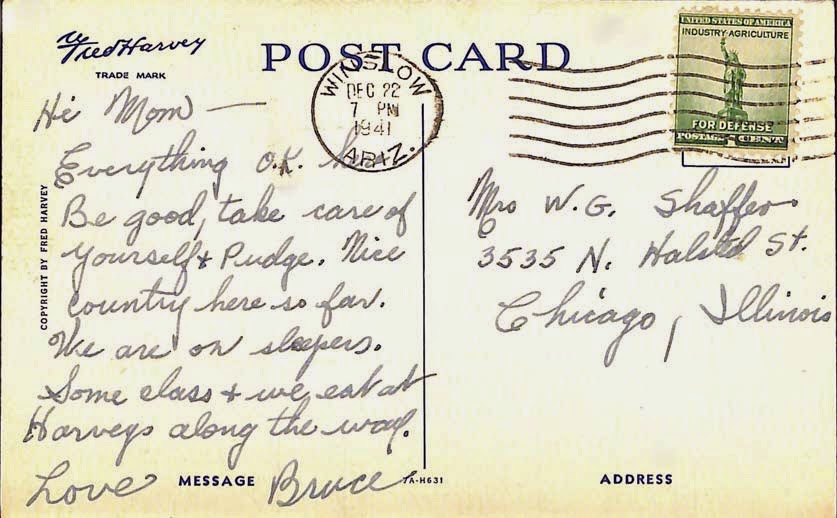 Possible history on this card ... Mailed from son to mother as he departed for duty, WW II, just about 3 weeks after the date that will "live in infamy" ... December 7, 1941.  On December 8, 1941, the United States Congress declared war upon the Empire of Japan in response to that country's surprise attack on Pearl Harbor the prior day. 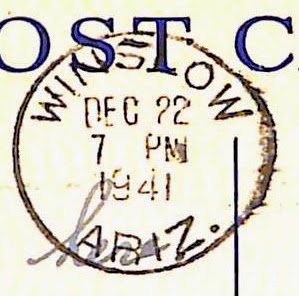